The UK Health and Safety Executive (HSE) COSHH Regulations 2002 (Regulation 9 – Maintenance) stipulate that local exhaust ventilation (LEV) systems must be thoroughly examined and tested at least every 14 months by a competent engineer to help protect the health and safety of employees. Among the experts in the testing, maintenance and cleaning of LEV systems is BOFA International, which offers services via its team of trained and independently P601-qualified engineers.

“COSHH regulations are not the easiest thing to read, so the HSE did our sector a big favour when it introduced a document called HSG258 – ‘Controlling airborne contaminants at work: a guide to LEV’ – which broke down the COSHH regulations as they apply to LEV,” states Graham Mattok, UK sales manager at BOFA. “HSG258 made it easier for us to talk to customers about testing, maintaining and cleaning LEV systems, setting it out as a best practice standard.” 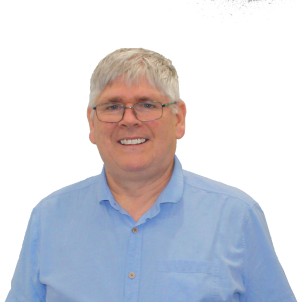 The ‘thorough examination and test’ of LEV systems has to be carried out by a ‘competent’ person, so just who qualifies as competent?

“Reputable UK providers of these services will have sent their engineers on the P601 BOHS [British Occupational Hygiene Society] approved LEV training course,” says Mattok. “If you do not have P601, you have to somehow prove you are competent if challenged by the HSE, which is not easy.”

Once appointed to examine and test an LEV system, experts at BOFA International commence their routine, which typically focuses on checking the air flow at point of extraction and through the machine. If the system is being used for processes such as gluing, the company also checks to see if any VOCs are escaping through the system.

“We firstly check that fume is being captured,” says Mattok. “To cite a common failing, we often find that the capture hood for soldering operations is often incorrectly positioned, maybe 0.5 m away rather than the optimum 5-10 cm. For this reason, we always advise customers with regard to LEV system best practice.”

If the testing indicates that maintenance or repair of the LEV system is required, BOFA can provide assistance via its service division. However, to help avoid this outcome, there are certain tasks that users can perform to ensure LEV systems remain in optimum condition.

“Good housekeeping is important,” says Mattok. “HSG258 recommends that a log book be kept for each LEV system, and we would encourage users to set up inspection schedules. Unfortunately, many of the filters are integral and cannot be seen, making them difficult to clean. However, you can observe the general condition of an LEV system, including whether there is sufficient flow. On-tip extraction in soldering, for example, involves pulling fume through a small diameter tube. It’s quite easy for objects to get drawn up these tubes, causing a blockage. Or, if best practice cleaning is not observed, tubes can fur-up and restrict flow. As 14 months is quite a long time between testing, we would recommend that users clean their tubes on a regular basis. Brass brushes or fluid baths can be used for this purpose. We send brass brushes out with our LEV systems.”

BOFA LEV systems are used for a variety of industry operations, including soldering and additive manufacturing, as well as a host of laser-based processes, such as marking, engraving, cutting and welding. Although 75% of the systems it examines and tests are its own, the company can work on any type or make of machine, ultimately providing a pass or fail certificate.