Product customisation was once the preserve of the rich and famous, but now lasering is bringing personalised fashion to the masses…and enhancing the brand experience.

Research by *Deloitte shows that almost four in ten consumers, notably those under 40, are attracted to personalised products and willing to pay a premium for them. It’s a trend that has caught the attention of many sectors, including clothing, which ranks among the top three industries driving revenue through customisation. 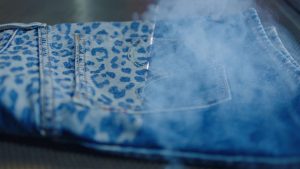 In the case of fashion, lasering – enabled by BOFA fume extraction expertise – is becoming a core technology not just for providing unique designs but for strengthening brand loyalty, because in this space around four in 10 people are more influenced by brand than product.

This on-demand concept grabbed public attention at a national premier sporting event, when a pop-up shop enabled customers to specify precisely the style of denim clothing they wanted… and then watch ‘up close and personal’ as their purchases were produced.

In that instant, individual styling merged with production – but the customer experience was only made possible by extraction technology that captured potentially harmful airborne fume and dust emitted during the laser process.  BOFA is a global leader in laser fume extraction and produces a wide range of portable systems ideally suited to retail spaces or large sports or music events.

In the case of clothing, lasering is known to generate particulate and fume that needs to be captured at source so that no emissions enter breathing zones. Dust generated from fabrics such as cotton creates a potential risk to respiratory function unless properly controlled.

Clothing manufacturers also recognise the productivity gains associated with effective extraction, because even a small build-up of debris can contaminate the laser lens or aperture, disrupting the beam and impacting on product quality. This could result in costly downtime or equipment failure. 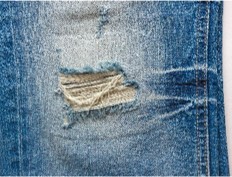 Increasingly, BOFA extraction system safeguards are critical not just for health protection and productivity but also because no brand can afford to be associated with a negative safety perception.

All this sector innovation is made possible by close collaboration between BOFA and its distributors and OEMs. This ensures that extraction technology is matched perfectly to each application through expert engineering of air flow rates, filter architecture and capacity, chemical capture and system control.

BOFA has developed a wide range of solutions for laser operations, including those constrained by physical space, and all are designed to ensure the removal of near 100% (99.997%) of particulate through multi-stage filtration.

An increasing number of companies are also specifying the company’s revolutionary iQ (Intelligent Operating) platform, which has introduced performance enhancements, such as independent filter status monitoring, to improve extraction efficiency. This ensures that filters are changed efficiently in a planned and predictive way, lowering the overall cost of ownership and reducing the risk of downtime…which of course is to be avoided at all costs by any ‘on-demand’ service.

Find out more about BOFA’s range of systems matched to lasering, including the AD 4000, which would suit whole garment laser marking and cutting.

*Deloitte – Made to Order: The Rise of Mass Personalisation